Behavior Analysis during the Covid19 Situation

For the first time the Annual Conference on Applied Behavior Analysis, organized by AARBA – Italy Associate Chapter of ABA International, will be entirely organized online.

The landmark scientific event in Europe, running its 16th edition, focusing on two areas of the application in the field of behavior analysis: Behavior-Based Safety and Autism.

The Conference will start on June the 24th with pre-congress workshops hosted by italian beahavior analysts such as Michael Nicolosi (Psychologist, BCBA, Ph.D student at the Queen’s University Belfast, Clinical Director of Voce nel Silenzio Cooperativa Sociale and Coordinator of the Scientific Committee of the autism session), and international spekers such as:

On the morning of the 25th the pre-congress workshops will be held by AARBA researchers, including Maria Gatti (General Secretary and Chief Scientific Officer) and behavior analysts experts such as Anna Budzińska (Ph.D., Clinical Director of the IWRD Danzica Center).

During the afternoon, starting at 3.30 pm, people will have the opportunity to participate in the plenary session, with the opening speech, as tradition, held by Professor Fabio Tosolin, President of AARBA (Association for the Advancement of Radical Behavior Analysis) and AIAMC (Associazione Italiana di Analisi e Modifica del Comportamento) together with eminent invited speakers.

– Leasha Barry (Director of the ABA Program at the Univertity of West Florida),

The 26th of June will be entirely dedicated to the presentation of the symposiums focusing on the following arguments:

– Managing Autism during the COVID-19

– Behavioral interventions for the growth of ABA.

The event will conclude on the 27th of June, with the realization of two Consensus Conferences, in which the greatest experts in the field of applied behavior analysis in their areas of interest of the event will meet to discuss and implement scientific protocols for the management of anti-contagion behaviors in production and health companies, in civil society and in the management of people with autism.

European Congress on BBS and PM

For the registration to the workshops, pleanry and simposia of B-BS session, please complete the following registration form

to the European Congress

on BBS And PM

Dayna Beddick – Associate Director at the University of West Florida

For the registration to the workshops, pleanry and simposia of Autism session, please complete the following registration form

to the European Congress

The Conference is supported by

The Network BASE® (Behavior Analysis for Safety Enhancement) is the network of consultants formed by qualified experts in B-BS, present throughout the national and international territory. This vast exposure in different territories, unique feature of the BBS landscape, ensures cost reduction, uniform approach and certainty of result. All BASE® professional have several successful implementations of the protocol, through the use of exclusive materials and data management softwareBASE® of FT&A, guaranteeing the highest quality standards.

Behavioral Technologies S.A. is a consultant association, based in Lugano, which focuses on the principals of the Behavior Analysis in the business context. Focusing on Behavioral-Based Safety, Performance Management and innovative learning systems. 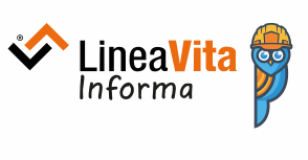 Non-profit, autonomous and independent scientific technical committee, on the social promotion for the culture on safety prevention and protection in high-altitude work, confined spaces and environments affected by pollution. The Technical Committee is formed by professionals in the specific sector, wanting to make a serious contribution in the cultural change, knowledge and the spread of correct information. Therefore, being able to counter the devastating phenomenon of the formation of fires during work, as one of the results of falling from high-altitude during the work activities.

With the sponsorship of 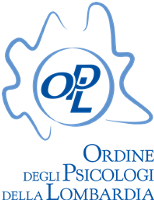 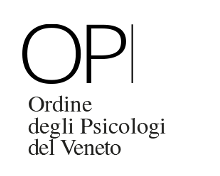 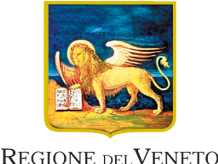