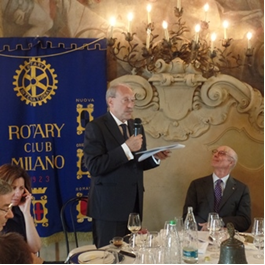 On July 2nd AARBA researchers held the report “Internet Addiction Disorder: is it only a nowadays cultural dynamic or a proper pathology?” for the members of Rotary Club Milano.

Rotary Club Milano, established in 1923, is the first Rotary Club born in Italy and one of the first in Europe. The purpose of Rotary is to encourage and develop the ideal of “serving” as the engine and driving force of every activity, and for this it promotes cultural and social initiatives.

It’s with this spirit that an Internet Addiction Disorder prevention project was developed to be implemented through a “shield” of information addressed to teachers and parents of children aged between 6 and 18 years, aimed at teaching how to decode bells alarm of this new phenomenon. The project is based on the belief that safeguarding the health of children passes through an “educational alliance” between school and family in the teaching of a conscious use of the internet.

The Rotary project aims to contribute to the success of this alliance by creating a clinical and legal brochure on Internet Addiction, and conducting cycles of conferences in schools in Milan by Rotary volunteer psychologists, pediatricians, computer technician and jurists.

AARBA was invited to participate in the project, bringing the contribution of Behavior Analysis to the identification of the first signs of Internet Addiction and above all to the implementation of effective strategies for their solution. For this reason the association was invited along with the entire working group on the occasion of one of the Club’s convivial, to briefly present the problem: Internet Addiction in childhood and adolescence.
Below is a summary of the report prepared by the club secretaryship.

“The tendency to develop addictive behavior is increasing, especially in adolescence. This is due to a classical psychological factor of adolescents such as the cognitive-affective propensity that tends to the immediacy and immediacy of actions.

The adolescent easily tends to seek out new emotions and sensations that can’t be delayed because impulsiveness leads him to search and reach maximum gratification in the shortest possible time. Everything is accompanied by an insecurity and a desire to transgress the rules, if related to the desire of emulation of the peers, create a mix that easily leads to the first early forms of dependence.

The phases of Internet Addiction Disorder are: the initial phase is defined as toxicophilic and is characterized by excessive attention to social media and technology in general with an increase in the time spent online with obvious difficulty in suspending it. The second phase, characterized by manias, is related to psychopathological phenomena such as difficulty in relating to other people, difficulty in sleeping and cases of mild schizophrenia. An aggravating factor to addiction is the use of dating sites or social networks that guarantee anonymity, so as to create a psychological space in which the subject can project his own fantasies and perversions without being recognized. All this, in the mind of a teenager, is even heavier because it generates a parallel world in which it is difficult to find an escape route.

In all this, the help and role of the family of an adolescent at risk of internet addiction is fundamental. Obvious shortcomings from this point of view lead to a strong component of dependence that often also causes other risky behaviors, such as alienation from reality. The family must be willing to listen and share problems, and it can only exist if the family itself is not in turn subjugated by technology. The perception of being able to count on the family must be strong and stable because it can be a panacea for the adolescent’s physical and mental health.
The task of tutor of the adolescent isn’t only up to the parents, although they have priority. However, according to recent research conducted internationally, 1 in 3 admits that it is difficult to break away from technology even when it is fully aware of having to do so.

Internationally, adolescents (15-19 years) are the age group with the most problems of technology addiction: just under half (44%) say they have difficulty detaching, even when they are aware of having to do so. Twenty (41%) and 30-year-olds (38%) follow in the ranking of the most dependent. In contrast, older age groups suffer less from technology addiction and the lowest percentage ever (15%) is recorded among people over 60 years. On the other hand, looking at results by income brackets, we see how high-income people are the most dependent on technology: 39% of respondents are convinced of this. In contrast, the lower income bracket is also the one that has the least problems taking a break from technology.

In short, the problem of technology dependence (Internet Addiction Disorder) is quite rooted, but we are still in the right times to find solutions to the problem”. 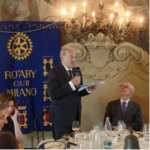