The global scientific community of behavior analysts has established a day to celebrate and promote behavioral science worldwide.

As the Italy Associate Chapter of ABAI, we can announce that the World Behavior Analysis Day has been officially approved and the date chosen to celebrate this event is the 20th of March, the anniversary of the birth of B.F. Skinner. Skinner had and has an essential role in the development and divulgation of the scientific field of Behavior Analysis, starting from the early 1900’s, with his discoveries in relation to the principles, laws and paradigms of human behavior.

The first official celebration is set for the 20th of March 2022, but our Chapter has decided to organize an event to celebrate such unique day, starting from this year. We have therefore organized an online event that will take place on Saturday the 20th of March 2021, starting at 04:00 pm and concluding at 06:00 pm (CET), simultaneously with the announcement of the start of the celebrations in the USA and worldwide 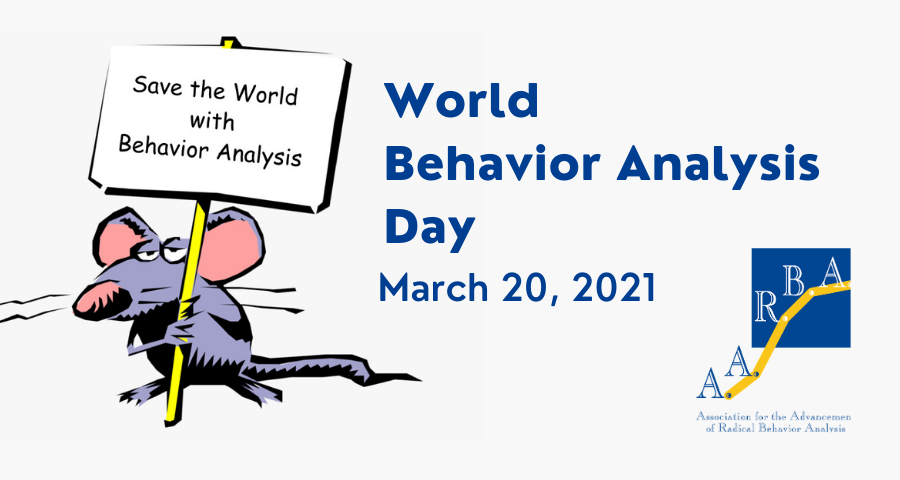 If you would like to take part in the first World Behavior Analysis Day Event, please register through the link below. The day of the event, you will receive by email the link to participate.

REGISTER FOR THE EVENT