In 1957 Skinner published “Verbal Behavior” (Skinner, 1978), a book that Skinner considered one of his most important and prominent works. Throughout the book he theorized that language was a complex form of behavior, that was governed by the functional relationships (operants) that determine the learning in all living organism.

The theory of verbal development was Skinner's only non-empirical contribution to the science of behavior. Although based on the same principles, that have been identified through laboratory experiments, the theory of verbal behavior requires to analyze language in different ways, but through the use of the same quantitative methods (Lafrance & Miguel, 2014).

Over time, Verbal Behavior has been compared with Chomsky's (1965) theory of a 'universal grammar' and with the cognitivist approach that describes language as 'expressive' and 'receptive' (Bishop, 1997), a mental process with a common underlying structure.

The field of applied behavioral analysis (ABA) that focuses on the theory of Verbal Behavior named VBA (Verbal Behavior Analysis), has always been based on the collection of data in relation to language acquisition. Through the use of scientific evidence, it has been determined that the repertories of verbal behaviors “speaker” (expressive language) and “listener" (receptive language) are under the control of different environmental variables. This has not only allowed a continues advancement in the research of such science, but it has even influenced the development of other natural sciences, such as the Analysis of the Development of Verbal Behavior (VBDA, Greer, in press), Linguistic Psychopathology and Logopedic Clinic (Pistoljevic et al. Artificial Intelligence (Shi, 2019), Complex Systems Analysis and Social Robotics (Pennisi et al, 2016).

The research in Verbal Behavior Analysis and its divulgation is in continues growth with the creation of the AARBA SIGS, the systematic replication of CABAS® and to the different collaborations between researchers, families, associations, educational and health institutions.

The mission of the VBA SIG is to continue with the dissemination of the scientific approach of verbal behavior, by keeping individuals updated on the: 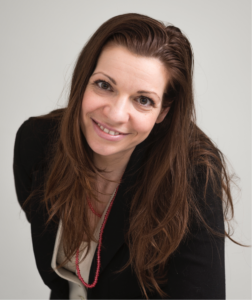 President of the Association Errepiù

Shi, Jing (2019). The Application of AI as Reinforcement in the Intervention for Children With Autism Spectrum Disorders (ASD) Journal of Educational and Developmental Psychology; Vol. 9, No. 2; 2019 ISSN 1927-0526 E-ISSN 1927-0534 Published by Canadian Center of Science and Education

To register for this SIG you only need to be an AARBA affiliate member for the current year. You are not an AARBA member? Sign up HERE!